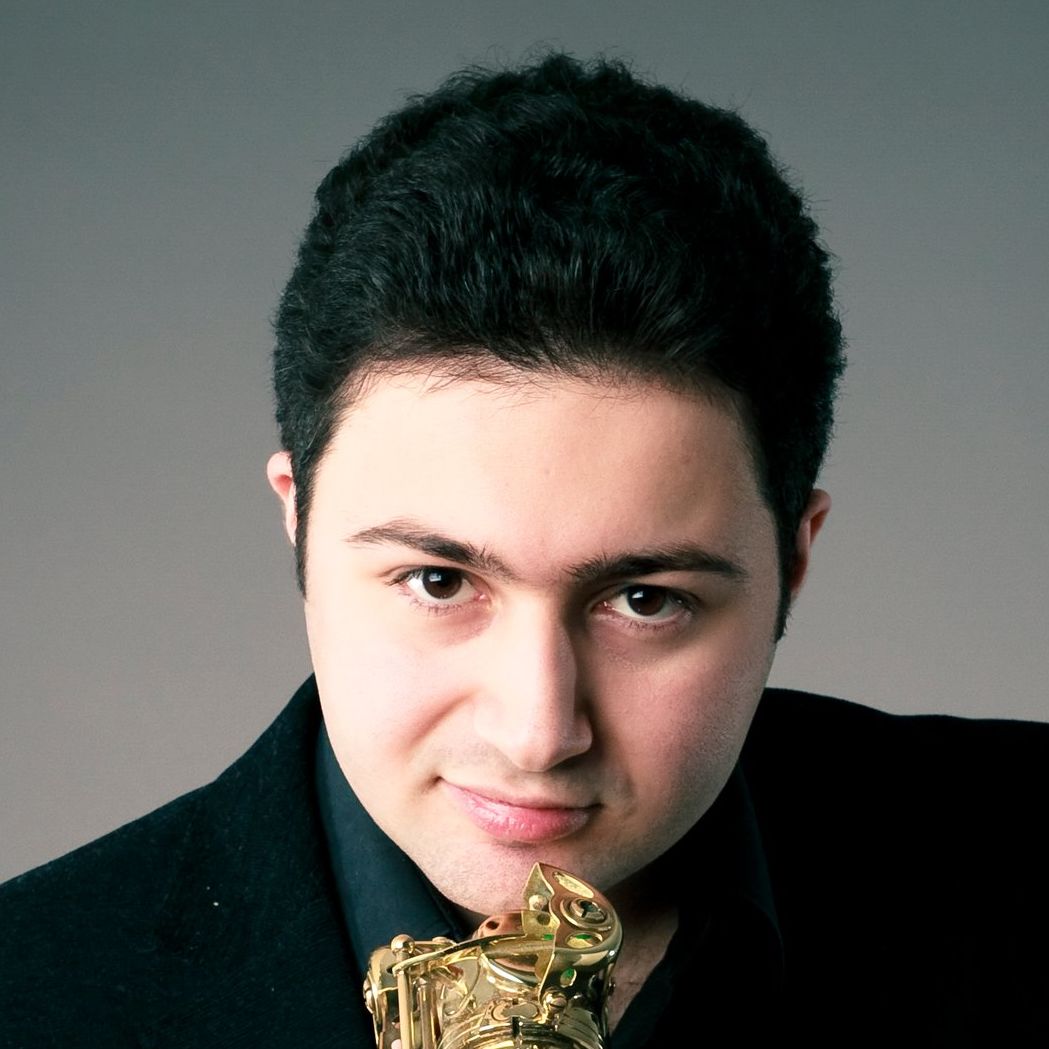 Hayrapet Arakelyan was praised as one of the leading saxophonist of his generation during his performance at the Eurovision young musicians competition in 2010.

Mr. Arakelyan has appeared in numerous international music festivals in Paris, Boston, St. Petersburg, Aberdeen, Zurich, New York, Singapore , Berlin. In 2011, he was invited by the Italian Saxophone Association to conduct a master class and a solo recital at the XVII Stage Internationale del Saxofono di Fermo. In addition, he has performed as a soloist with orchestras including the Radio Symphony Orchestra Vienna, the Boston Pops Orchestra, the Warsaw Philharmonic Orchestra, the Poznan Philharmonic Orchestra, the Düsseldorf Symphony Orchestra and the Folkwang Chamber Orchestra. He has performed at many music festivals, including the Mosel Festival, the Beethoven Fest Bonn, Festspiele Mecklenburg Vorpommern, the Schleswig Holstein Musikfestival, the Bachfest Leipzig, Dresdner Musikfestspiele, the Musikfestival Graffeneg the Schumann Festival in Dusseldorf, the Emilia Romanga Musicfestival and the New York Chamber Music Festival.

Mr Arakelyan is also an active chamber musician. In 2010, Mr. Arakelyan founded a duo with the pianist Gleb Koroleff. and won the First Prize and the special “New York Debut” Prize at the International Salieri-Zinetti Chamber Music Competition in Verona. They performed numerous concerts in Italy and Germany, with recordings by the radio station RAI 3 and the Bavarian Broadcasting Company. In 2012, he extended his chamber music vision by cofounding the Fratres Trio with the pianist Rudolvs Vanks and the violinist Fedor Roudine.

This unusual instrumental trio has excited great interest in the musical community: shortly after its foundation, the Fratres Trio was invited to play at music festivals in Germany, Italy and Armenia and played live on the WDR 3 radio station. In March 2013, the ensemble won the 2nd prize at the 18th International Chamber Music Competition in Illzach, France.

From 2018-2022 he was holding the position of Alto Saxophone in the „SIGNUM saxophone quartet“. During this period he the quartet released its „ECHOES“ album under the label of Deutsche Grammophon. Within 220 concerts during this period some collaborations with other artists where established. Among them a collaboration with the star violinist Daniel Hope , which started within the Live Show „Hope at Home“ and later continued with two
concerts at the „Festspiele Mecklenburg Vorpommern“.

Mr. Arakelyan studied with Daniel Gauthier at the „Hochschule für Musik und Tanz Köln“ in Germany and with Lars Mlekusch at the „Konservatorium Privatuniversiät“ in Vienna. From September 2022 Hayrapet Arakelyan is appointed as associated professor for saxophone major at the Nanjing University of the Arts in China.

Hayrapet Arakelyan is D`Addario performing artist and he plays saxophones made by Henri Selmer Paris.