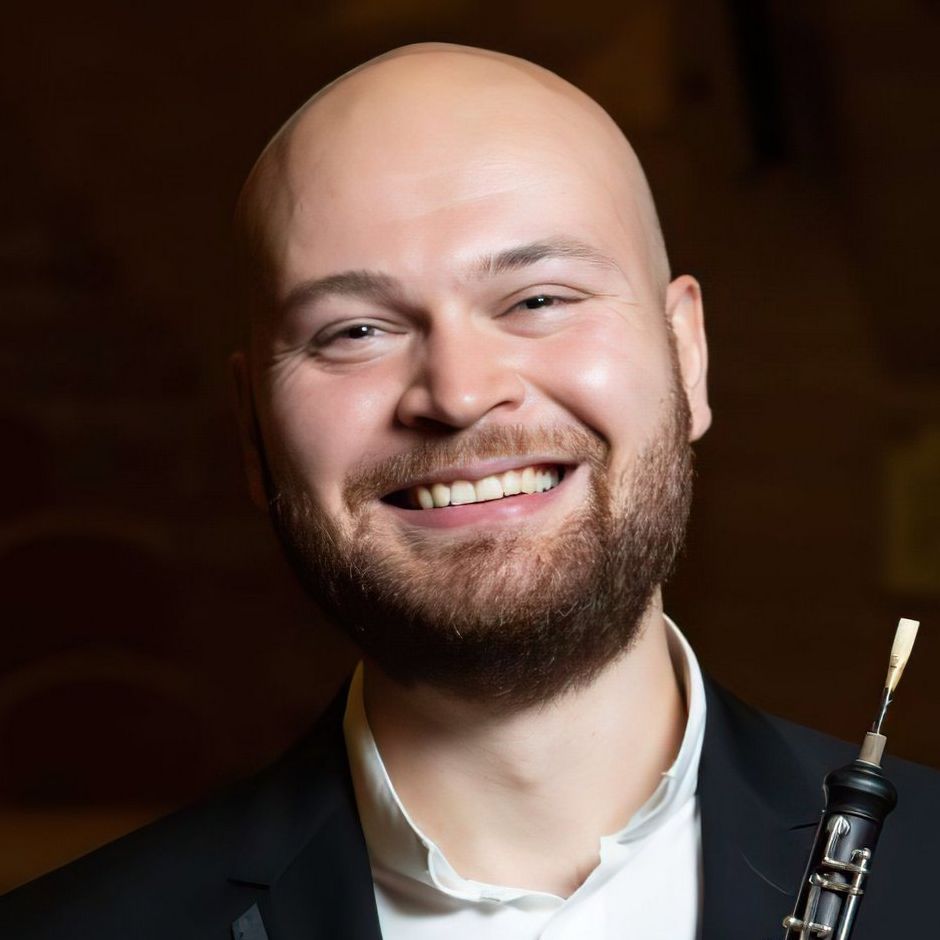 Emil Miroslavsky is one of the leading oboists in Russia, in his youth he became a laureate of several prestigious international music competitions, and in 2020 he won the III All-Russian music competition. His talent is appreciated by many outstanding maestro of Russia and the world. Working with Alexei Utkin, Vladimir Spivakov, Alexander Lazarev, Valery Gergiev, Stanislav Kochanovsky, Rudolf Buchbinder, Pinhas Zuckerman, Alexander Rudin, Tugan Sokhiev, Mario Brunello, Paavo Järvi and other recognized masters of our time in significant degrees enriched the inner world of Emil, made it possible to feel all the diversity, depth and breadth of classical musical culture.

The artist has an outstanding charisma. The vivid expressiveness of the performance, the mesmerizing timbre of the instrument and the unique interpretations of the works became the hallmark of the performer. Received the best education available in Russia - he graduated from the Moscow Special Music School-College named after Gnesins and then the Moscow State Conservatory named after P.I. Tchaikovsky.

He took the first steps in mastering the instrument under the sensitive leadership of Alexei Utkin. It was he who played a decisive role in the preference of oboe to all other musical instruments. After attending one of the Utkin solo concerts at the age of nine, Emil no longer doubted that he would play the oboe. In Utkin's class, he graduated from school and the conservatory.

Emil regularly presents solo programs, acts as a member of chamber ensembles, from 2013 to 2021 he was the soloist-accompanist of the oboe group at the Moscow State Academic Symphony Orchestra.

Since 2021, he has been the accompanist of the oboe group of the Moscow Virtuosi State Chamber Orchestra.