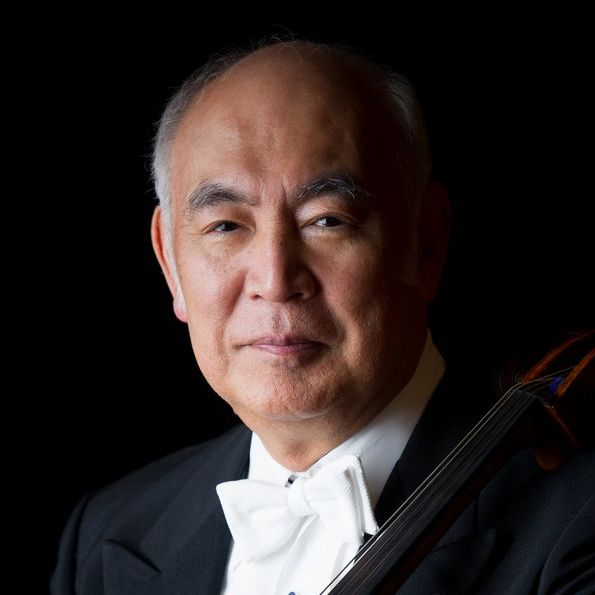 When Tsuyoshi Tsutsumi won the International Casals Competition in Budapest in 1963, the press called him a musician “whose discovery is comparable to that of David Oistrakh in the Brussels Competition in the 1930s.” Born in Tokyo, Mr. Tsutsumi's early training with Hideo Saito led him to his debut at the young age of 12 with Tokyo Philharmonic, performing the Saint-Saens concerto. Appearances with Japan's leading orchestras followed, as did several major prizes, including the Japan's most prestigious; the Mainichi (Japan) Music Competition.

Audiences have since heard Mr. Tsutsumi's solo appearances with the ORTF in Paris, the Berlin Radio Symphony, Rotterdam Philharmonic, Netherlands Chamber Orchestra, Munich Philharmonic, London Symphony, London Philharmonia, the Czech and Royal Liverpool Philharmonic, and many others. He has appeared with many great conductors and orchestras such as, Seiji Ozawa and the Toho Gakuen Orchestra at the United Nations; at Avery Fisher Hall with the NHK Symphony; Mustislav Rostropovich and the National Symphony.

He taught the University of Illinois before joining the faculty of Indiana University as Professor of Music in the fall of 1988. He was frequently invited to conduct master classes at places like Talent Education Institute (Japan), Orford Arts Center (Canada), Lyon Conservatoire (France), Banff Centre (Canada) and Holland music session (The Netherlands). He has also been invited as a jury member of prestigious international music competitions such as the Grand Prix Emanuel Feuermann, ARD in Munich, M. Rostropovich in Paris, CBC/SRC in Ottawa and Osaka International in Osaka.

In 2009, he was awarded Japan's Medal with Purple Ribbon, the highest honor in Japan. He is also a member of the Japan Art Academy since December 2009.

Mr. Tsutsumi has various CD releases with Sony and Meister Music. He is also known as a recipient of the Suntory Award for his contribution to music in Japan and was presented National Academy of Arts Prize in music by the Emperor. In 1997, he was elected the first President of Japan Cello Society, and in 2000 elected Music Director of Kirishima International Music Festival and Director General of Suntory Foundation for the ARTS.