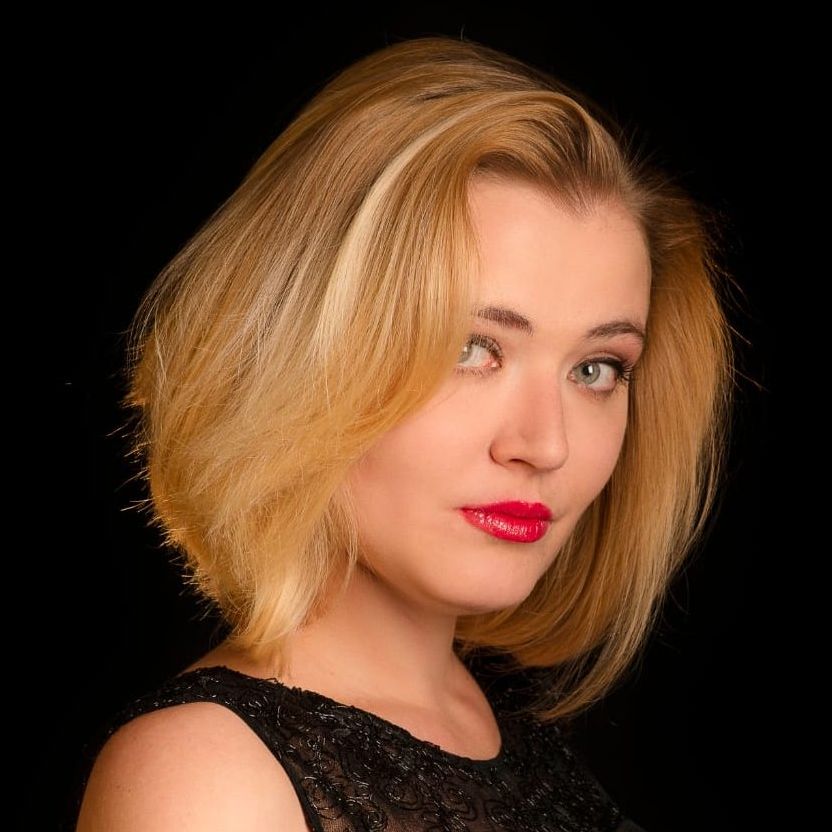 She was born in Kiev (Ukraine) in 1986. Started her music studies when she was six years old and continued her education at a Special Boarding School of Music, a branch of the “Tchaikowsky” National Academy of Music of Ukraine, with Professor Sabina Ryabova. Participated in master classes with Professors I. Ryabov, T. Diusso, V. Kozlov, N. Sultanov, L. Roschina and D. Bashkirov.

Since the 2003-2004 academic year Alina Artemyeva studied at the Escuela Superior de Música Reina Sofía with Professor Dimitri Bashkirov, Head of the Piano Chair, sponsored by the Santander Foundation.

As student of the Reina Sofía School of Music has participated in piano master classes by Vitaly Margulis, Alexander Satz and Emmanuel Krasovksy and chamber music lessons with Peter Frankl and Ralf Gothoni.

She has also been soloist with the Freixenet Orchestra under the baton of Joseph Wolfe at the Palau de la Música i Congressos in Valencia as well as at the Auditorio Nacional de Música in Madrid.

She has offered recitals in several halls in Spain, such as the San Fernando Royal Academy for the Fine Arts, within the concert sieres “XXI Century Soloists” broadcasted live by Classic Radio of Radio Nacional de España.

Participated in the IV “Vladimir Horowitz in Memoriam” International Competition of Young Pianists (Kiev, Ukraine, 2001, where she was distinguished with two Special Prizes. Has also given recitals in Kiev, Dnepropetrovsk, Nikolaev and Chenovtsi. Also, has been soloist with the Chernigov (Ukraine) State Symphony Orchestra. In 2008 she participated in the Concurso Internacional de Piano de Santander.