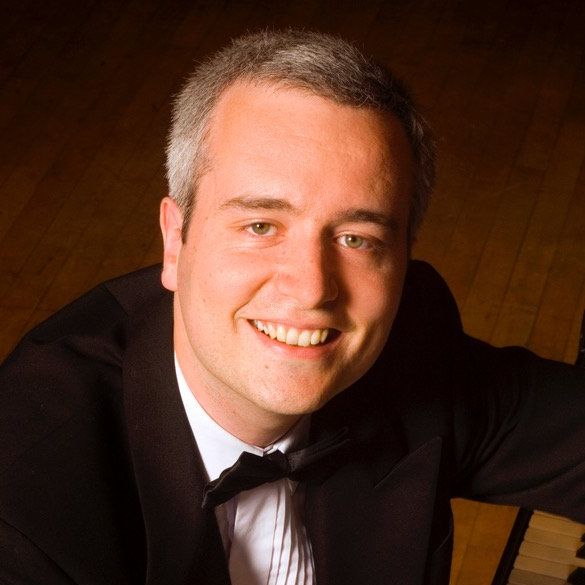 Marcus Andrews is a British pianist who has given solo, chamber and concerto performances at major venues in London including the Wigmore Hall, South Bank Centre and St Martin in the fields, as well as at music societies and festivals across the United Kingdom and beyond. For six years he toured and recorded across the UK and Finland with the Backman Trio and their CD of British and Finnish piano trios was released in 2014, receiving praise from Gramophone Magazine.

Marcus studied with Yvonne Dinwiddy and then at Trinity College of Music with Simon Young, where he was awarded the Keyboard Silver Medal and won the Jaques Samuel Pianos Prize. He was then appointed Graduate Assistant Accompanist at the University of Connecticut, where he gained a master’s degree studying with Neal Larrabee.

Marcus is a staff accompanist at Trinity Laban and has worked as an accompanist at all the London conservatoires. He regularly performs as a duo partner, having toured Lebanon with flautist Wissam Boustany, and has given a series of charity fundraising recitals with his wife, cellist Ruth Beedham. He won the TWIMC Accompanist Prize in 2000 and is now a staff accompanist for that competition in Tunbridge Wells, where he lives with his young family. He examines for the ABRSM, teaches at Highgate School and City of London School for Girls, and tutors on the Kent International Piano Courses.